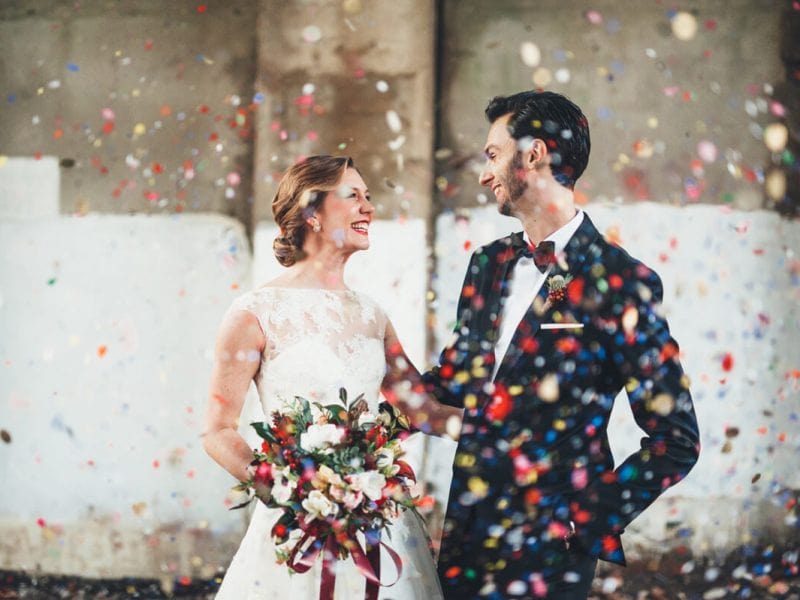 The traditions of marriage are many and many are the customs well rooted in our culture. Do you know their origin and meaning? Here is some information and anecdotes to answer your curiosity!

The bridal veil was introduced by the ancient Romans to protect the young woman from the “evil eye” of a disappointed suitor. An old veil, then, is considered luckier than a new one, especially if borrowed from a happily married woman. It is said, in fact, that happiness passes to the new bride along with the veil.

The wedding ring (la vera), generally used in Christian weddings since the ninth century, actually dates back to the ancient Egyptians. It was placed on the bride’s ring finger because it was believed that along that finger passed a vein that went directly to the heart. The gold ring, the most resistant of metals, transmits to those who wear it the qualities for a perfect and lasting union.

The rain is considered a sign of bad luck at some peoples, a sign of good luck at others. You know our saying “wet bride lucky bride”?

Tradition dictates that the bride and groom do not see or speak to each other on the eve of the wedding or on the big day. It is forbidden to have dinner and breakfast together, and all last-minute communication must be done indirectly through relatives or friends.

It is bad luck to buy the engagement ring and wedding rings at the same time. It is also a bad omen to put the wedding ring on your finger before the celebration of the marriage.

The ear of corn

An auspicious gesture? That the groom at the end of the ceremony offers the bride an ear of corn. The earth and the woman are united by a strong analogy: as the grains of wheat sprout from the plowed earth, so the woman is entrusted with marriage the great task of perpetuating life.

The traditional throwing of rice or confetti on the wedding procession originates from an old Greek ritual according to which, in order to propitiate fertility, some sweets were rained on the couple. The gesture also had the purpose of wishing prosperity to the couple.

The term “honeymoon” derives from the old custom of some northern Europeans for which, during the first month of the wedding, the newlyweds drank wine mixed to honey as an aphrodisiac.

Entrance of the bride in the marital home

It derives from ancient Rome the custom of taking the bride in one’s arms when she first enters the marital home. This stratagem was used to avoid that, in the emotion of the moment, the bride could stumble on the threshold. An eventual fall would have been an inauspicious omen: it meant that the divinities of the house did not want to welcome her.

Some curiosities about the choice of the wedding day

The choice of the day to get married should not be left to chance. A tradition indicates that Monday brings good health, since this day is dedicated to the moon; that Tuesday brings sure wealth (a tradition contradicted by the proverb “neither of Venus nor of Mars one marries nor departs”), that Wednesday is very propitious, that Thursday brings sorrow to the bride, and that Friday is not considered a favorable day.

Saturday, the day that most couples choose to get married, for obvious reasons, is actually indicated by popular superstition, as the most unlucky day.

Throwing the bouquet and garter

Two typical Western wedding customs are the bouquet toss and the garter toss. Tradition dictates that the bride and groom take turns throwing the two items toward the unmarried guests.

The unmarried woman who will catch the bouquet and the unmarried man who will be hit by the garter will be the next to get married. The custom perhaps originated in the 16th century, when it was believed that getting a piece of the bride’s dress would bring good luck. Some believe that the garter also served to symbolize the virginity of the bride, as if it were a symbolic chastity belt that the husband removed in anticipation of the wedding night.

Why are 5 sugared almonds inside the wedding favors? Because they symbolize what is wished in every marriage: health, wealth, long life, happiness and fertility. 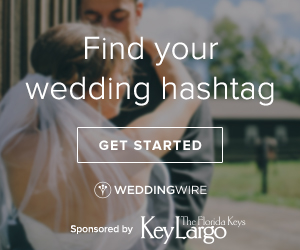 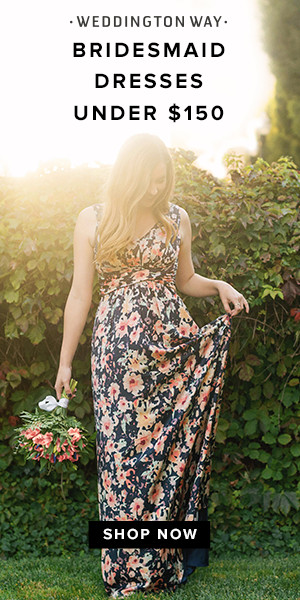 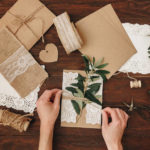 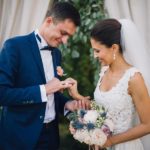 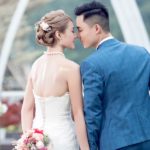 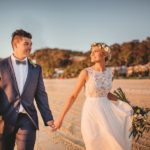